You are here: Home / Archives for #doriankarthauser

Space Opera on Syfy The Expanse is a three season sci-fi TV series. TV-14 | 1h | Drama, Mystery, Sci-Fi | TV Series (2015– ) • ‘The Expanse’ Officially Rescued By Amazon for a Fourth Season [Updated] The Expanse debuted to critical acclaim in 2015 and, over the course of its three seasons, accumulated an ardent […] 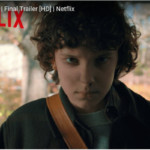 Stranger Things, Season 2 Trailer Watch this video on YouTube Set in Hawkins, Indiana in the fall of 1984, the story continues as supernatural forces once again begin to affect the town. While the season services the first season’s core cast and characters first and foremost, several new characters are introduced: tomboy Max and her […] 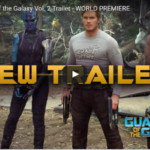 The USS Enterprise crew explores the furthest reaches of uncharted space, where they encounter a new ruthless enemy who puts them and everything the Federation stands for to the test. 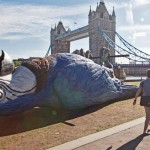 In support of a celebration in London July 2014 for the 50th anniversary of Monty Python – and their final performance together. Remarkable bird, the Norwegian Blue. Lovely plumage. “This parrot is no more! It has ceased to be! It’s expired and gone to meet its maker! This is a late parrot! It’s a stiff!” […]

If Not for Lucille Ball – Star Trek Would Not Exist Lucille Ball was far more than a ditzy redhead. Desi Arnaz and Lucille Ball, Co-founders of Desilu Productions, Founded: 1950 “Instead of divorce lawyers profiting from our mistakes, we thought we’d profit from them.”  Lucille Ball When the creators of such mega-hits as “Friends,” “Seinfeld” and […]

Leonard Nimoy: 1931-2015 ‘Thank you for making us all feel we belong’ From the LA Times: “In Los Angeles today, Mary Czerwinkski said she was a big Nimoy fan because Spock  helped her feel like “it was OK to be a weirdo” while she was growing up as a pink-haired punk rocker in Chicago. “He has […] 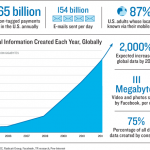 This article originally appeared on my business website, DFW Business Websites. As an internet entrepreneur and avid internet user – the concept of – and ethics surrounding – Internet Privacy have been of interest for many years. Let me know: What do you think regarding unauthorized data collection from your use of the internet – that […] 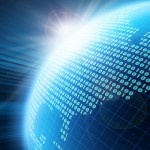 ARTICLE CREDIT: This article first appeared in the My Pandamonium Marketing-SEO Blog on October 10, 2014. AUTHOR: Dorian Karthauser Attack Vulnerabilities found in SSLv3 Internet and Website Security are continuing to be challenging in 2014. Anything on the Cloud is vulnerable needs to be secured as much as possible. This week, the Google Security Team announced […] 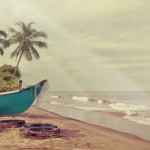 ARTICLE CREDIT: This article first appeared in the My Pandamonium Marketing-SEO Blog on August 12, 2014. AUTHOR: Dorian Karthauser Older And ‘Ugly’ Webistes: Prognosis: Poor Major Google SEO Ranking Factor in 2014: User Experience, UX So you have an antique website: ugly by current standards, with confusing page navigation, and/or different page navigation on every […]

If Not for Lucille Ball - Star Trek Would Not … END_OF_DOCUMENT_TOKEN_TO_BE_REPLACED