The Myth of the Lone Genius Tech Founder

Why Do We Elevate Lone Cowboys Over Collaboration? 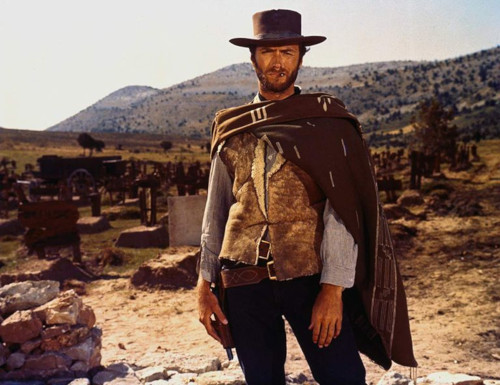 “It takes a thousand men to invent a telegraph, or a steam engine, or a phonograph, or a photograph, or a telephone or any other important thing—and the last man gets the credit and we forget the others. He added his little mite — that is all he did. These object lessons should teach us that ninety-nine parts of all things that proceed from the intellect are plagiarisms, pure and simple; and the lesson ought to make us modest. But nothing can do that.” – Mark Twain

“Countless decisions contribute to the success or failure of a company, some big, some small—and almost never those of just one person. It’s not always obvious which choices tip the scale one way or the other. The ‘lone genius’ myth has been largely debunked, but it can be all too easy to fall back into the familiar rhythms of Silicon Valley’s favorite narrative devices. Even, or maybe especially, when gossiping about the juicy details of a high-profile divorce.

Plenty of people facilitate the creation of corporations like Amazon and the immense wealth that they generate, from inventors to employees to policymakers to taxpayers to spouses. Maybe it’s time to talk more about what all those contributions are actually worth. From MacKenzie Bezos and the Myth of the Lone Genius Founder“

Riding Off into the Sunset – Alone

As a culture, in America we venerate the ‘lone ranger’, the ‘lone avenger’ and the ‘lone cowboy’.

And in the 21st century – we venerate the ‘lone genius tech founder’. Endless arguments could be made that our adoration of spaghetti western ideals is just a harmless fantasy. Which is true – it is definitely a fantasy.

However, it seems that the ideal of the ‘lone cowboy’ has permeated every aspect of our lives – especially in Tech.

Tech Innovation is a Collaborative Process

No individual is an island. We buy our groceries at a supermarket, get clean water (in most cases) from a faucet, drive cars to work on roads created by state, local and federal governments, buy clothes made on the other side of the planet.

And in Tech – we all use the internet: which was originally a government project funded with federal government dollars.

Edison Invented the Light Bulb – And Lots of Myths About Himself

No one ‘re-invents the wheel’. Great tech innovations build on the research and work of other individuals.

We often use Thomas Edison as the example of the quintessential inventor. Photos of Edison portray him alone in his lab in a noble Marlboro Man image.

Although it has not gotten a lot of press time even today – (surprise!) Edison did not work alone. We know he had a huge team of people working under him in his lab, all of them conspicuously absent from photos. We know he performed in-depth research on other inventors’ work, like that of Joseph Swan, who had invented a less practical but functional light bulb years before.

Thomas Edison was not the first to create an alternative to gaslight. Electric lights already existed on a streetlight scale when in 1879 Edison tested the light bulb for which he is famous. Although Edison didn’t come up with the whole concept, his light bulb was the first that proved practical, and affordable, for home illumination.

This is a more complicated picture than the nice neat portrait of Thomas Edison standing proudly alone in his lab. We need to better learn how to value the messy interconnected hairballs of idea networks and give them just as much swagger as lone cowboys riding off into the sunset.

Edison was equally prolific in inventing myths to boost his reputation as a larger-than-life innovator, as a 1979 TIME profile notes. As a result, his inventions weren’t just scientific discoveries, but also prevarications (lies). For one thing, he often claimed to be entirely self-taught, having never attended a day of school.

There’s another, lesser-known side of Edison however. He was a ruthless cutthroat businessman.

Edison was a businessman in the mold of his Robber Baron industrialist contemporaries.

One example: Soon after inventing the movie camera, Edison established a company called Edison Studios in New Jersey. Audiences loved this new technology and flocked to theaters. To meet the demand, other small movie-making companies sprang up.

Edison hated the competition. In 1898, he began filing lawsuits to force them out of business. When that didn’t work, he organized the Motion Picture Patents Company, a group of 10 film companies headed by Edison Studios.  The Patents Company continued the court battles. Presumably with Edison’s approval, it sometimes hired thugs to break into rival studios and ransack them.

Edison’s victims wanted to get as far away as they could. They moved on the other side of the country to southern California. Benefits of the new location were better weather that allowed year-round filming; a variety of terrain features; and cheap land and labor.

Many of the newcomers established their offices in a tiny village near Los Angeles called Hollywood. Edison’s attempt to destroy his competition was not exactly successful – but not for lack of trying.

This incident was only one of Edison’s many ‘sharp businessman’ moments. Edison was far from a ‘lone cowboy’.

Empires like Amazon and Apple are not created by a single man in a vacuum; they are the product of a mix of luck and contributions from an entire team – including from a founder’s spouse.

When award-winning novelist MacKenzie Bezos and her husband Jeff Bezos, the chief executive and founder of Amazon, announced on Twitter Wednesday they were getting divorced, public discussion over the uncoupling quickly centered on the impact it might have on Jeff’s company, and on each sides’ net worth. Were he and his wife to split their estimated $136 billion fortune equally, news articles speculated that MacKenzie could become the “richest woman in the world,” far wealthier than even people like Elon Musk…..

What was often missing, or glossed over, is the fact that MacKenzie helped her husband start his historic company, starting by agreeing to leave their life and move across the country from New York City to Seattle where Amazon was founded. It’s also part of a wider pattern of how the stories of tech companies get told, which erases the many individuals who help to build them in favor of highlighting the “lone genius” at the helm. Many of the people who fade to the background have been women …..

Empires like Amazon and Apple are not created by a single man in a vacuum; they are the product of a mix of luck and contributions from an entire team—including from a founder’s spouse.

MacKenzie met Jeff after she graduated from Princeton in 1992 and took a job at the relatively new hedge fund D. E. Shaw, where Bezos already worked. In 1993 they married, and by 1994 they were driving to Washington, with MacKenzie reportedly at the wheel of the car. The couple was leaving behind a wealthy existence on Manhattan’s Upper West Side, according to Brad Stone, the author of the 2013 book The Everything Store: Jeff Bezos and the Age of Amazon. “They gave up a really comfortable lifestyle and successful careers to move across the country and start something on the internet,” says Stone. “The only reason [Jeff] was able to do that is because he had an extremely supportive spouse. It was an incredible risk and one that they both took on jointly.”

In a 2010 commencement speech he gave at Princeton, Jeff himself acknowledged the gamble his wife had taken. “I told my wife MacKenzie that I wanted to quit my job and go do this crazy thing that probably wouldn’t work since most startups don’t, and I wasn’t sure what would happen after that,” he said. “MacKenzie … told me I should go for it.” (Amazon did not immediately respond to a request for comment.)

In Bellevue, the Seattle suburb where Jeff rented a garage to be the site of Amazon’s first headquarters, MacKenzie helped get the company off the ground. While researching his book, Stone interviewed early employees who he says recalled how MacKenzie wrote checks and assisted in keeping track of the books. A WIRED profile of Jeff from 1999 noted that she helped negotiate the retail giant’s first freight contracts. As the company grew bigger and hired more staff, MacKenzie played less of a role in Amazon’s day-to-day operations, though she continued to support Jeff at company events. She wrote two novels, The Testing of Luther Albright, which won the American Book Award in 2006, and Traps, which was published in 2013 ……….

MacKenzie and other early Amazon employees, of course, aren’t the only contributors to the company’s—and Jeff’s—success. Amazon has benefited from other factors, like years of successfully avoiding collecting state sales taxes, undercutting competitors’ prices. The company also relied on external innovations like the internet, developed in part by government researchers. This of course is hardly unique to Amazon. Elon Musk and his company Tesla might not be much without the billions of dollars they have received in government grants. Steve Jobs’ iPhone was made possible by researchers who spent decades developing touchscreen technology, beginning in the 1940s.

Admittedly, MacKenzie’s role in the history of Amazon may not be as crucial as the existence of the World Wide Web. Then again, it’s hard to say for sure. Would e-commerce look any different today if she had refused to move out to Seattle and be part of an internet startup? Countless decisions contribute to the success or failure of a company, some big, some small—and almost never those of just one person. It’s not always obvious which choices tip the scale one way or the other. The lone genius myth has been largely debunked, but it can be all too easy to fall back into the familiar rhythms of Silicon Valley’s favorite narrative devices. Even, or maybe especially, when gossiping about the juicy details of a high-profile divorce. Plenty of people facilitate the creation of corporations like Amazon and the immense wealth that they generate, from inventors to employees to policymakers to taxpayers to spouses.

Maybe it’s time to talk more about what all those who make contributions to tech are actually worth.

Can our Society Move Away From the ‘Lone Cowboy’ Ideal?

In the 21st century – possibly we can learn to actually value (and reward) collaborative effort.

It is never one person alone that produces great innovations. We need tech innovations now more than ever. Working together is our best strategy. We can still love the lone cowboy spaghetti westerns – while learning to value working together.

And possibly we can extend understanding even to spouses of tech heroes – who contributed in many ways (directly and indirectly) to the success of the ‘lone genius’.

If Not for Lucille Ball - Star Trek Would Not … END_OF_DOCUMENT_TOKEN_TO_BE_REPLACED